With Santa Fe Station renovations complete, the focus is on connecting more modes of transit to the hub 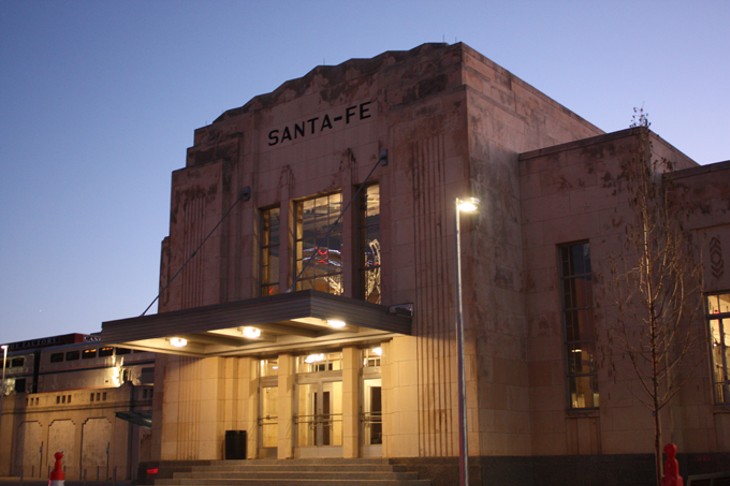 Several decades ago, when Oklahoma City’s Santa Fe Station stood abandoned, dilapidated and largely forgotten, any thought to the 1930s depot later serving as a transit hub — home to Amtrak train service, a streetcar stop and the possibility of future commuter rail — would have been preposterous.

After all, the station closed in 1979 when Amtrak passenger rail service was discontinued in Oklahoma. For a two-decade period, Oklahoma City, which was very much a car-centric community, didn’t think much about trains or other mass transit systems.

But that began to change in 1998 when Jim and Brent Brewer took ownership of the station, working with state and federal officials to plug $1 million in renovations into the station for the return of passenger train service. On July 14, 1999, the Heartland Flyer made its inaugural trip from Oklahoma City to Fort Worth, Texas, making stops in Norman, Purcell, Pauls Valley, Ardmore and Gainesville, Texas. Six years later, as Oklahoma City’s urban core was flourishing, the area’s first transportation study laid the foundation for a mass transit network. The 2030 Fixed Guideway Study proposed bus enhancements, bus rapid transit, rail-based transportation and a downtown streetcar system. Initial plans connected all proposed transportation systems to the downtown station.

Last week, when local and state leaders gathered for a ribbon-cutting ceremony to mark a $28.4 million renovation project at art deco Santa Fe Station, comments centered on how an 83-year-old train station is a key to the metro’s future.

John Sharp, deputy director of the Association of Central Oklahoma Governments (ACOG), called the station a “solution” to “allow us to move around more freely.”

“It didn’t take too long to really come to the conclusion that Santa Fe obviously was the hub that we needed to keep,” Sharp said when recalling past studies completed by ACOG with input and help from the metro’s major municipalities. “This was the best bet for the future. The consultants even determined the station has the capacity to handle high-speed rail in the future. … Work continues with many of the partners to realize a regional transportation system that allows everyone a choice and a way in which they can travel.” 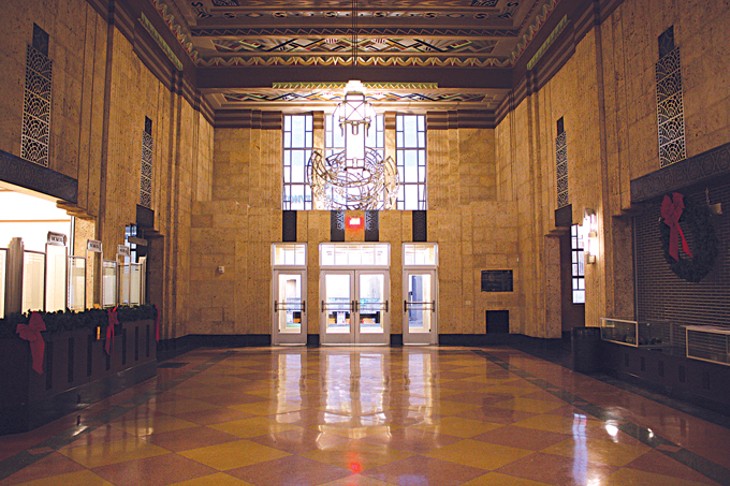 As City of Oklahoma City leaders pursued the $131 million MAPS 3 downtown streetcar project, they too pushed for the acquisition and renovation of Santa Fe Station, which required leveraging federal, state and local dollars. Mayor Mick Cornett said the state and local dollars served as a major factor in earning the federal funds.

Santa Fe Station’s restoration is the result of partnerships among ACOG, the Oklahoma Department of Transportation and the City of Oklahoma City. The city committed $11.33 million to the project from MAPS 3 and Project 180 funding streams. The federal government’s Transportation Investment Generating Economic Recovery program kicked in $13.59 million. ACOG added $2 million and the state contributed $1.5 million.

Visitors to the station, which is operated by Amtrak, will find a ticket counter, waiting area and office space as well as retail space. Spokies, the city’s bike-sharing program; Destination Oklahoma; and a new Oklahoma-themed gift shop will join Pinkitzel.

The progress unveiled this month included the building restoration and exterior site work. Outside the station, there are streetcar tracks laid near E.K. Gaylord Boulevard, which recently underwent an extensive streetscape project. A year from now, the MAPS 3 streetcar will glide through the downtown core. Indeed, roads and rails are leading to Santa Fe Station.

Transportation and municipal leaders are on board to pursue a transit system that includes commuter rail. What has long been on the drawing board is a system designed to move people from Edmond to Norman and from Nichols Hills to Midwest City.

Driving their efforts are the estimates of population growth and vehicle travel. According to TRIP, a national transportation research group, travel on Oklahoma roads and highways is expected to climb by 20 percent by 2030.

“The highways can’t handle all that traffic, and we aren’t considering building new highways,” said Republican Sen. Stephanie Bice, who chairs the Oklahoma Senate’s Subcommittee on General Government and Transportation. “The only way to deal with increased demand in our transportation system is to provide more options. Passenger rail will play an important role. The system needs to be planned well in advance, and we can’t afford to go backwards or even stand still.”

The authority’s transportation planning is producing the services the community wants to see, explained Sharp as he described how an Amtrak inspection trip to expand rail services north of the metro received great feedback.

“We enjoyed the cheering fans along the route, especially in Guthrie and Edmond,” explained Sharp, who was one of many local transportation leaders on board. “Edmond doesn’t even have a station, and there were hundreds of people cheering on the train, which is a good sign. We think there is a lot of anticipation and a lot of interest for future rail traffic, and we want to see that.”

Print headline: On board; An urban comeback story decades in the making, and the story is far from finished.