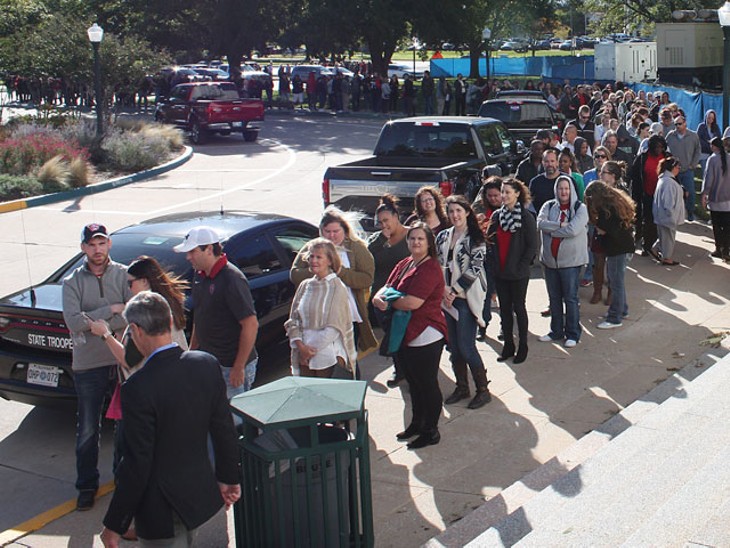 When the Oklahoma Department of Mental Health and Substance Abuse Services leaders announced that the state agency must shed 23 percent of its budget — $75 million — effectively eliminating all outpatient services by early December, Jeanette Moore and her staff began the harder work.

As executive director of Hope Community Services Inc., one of the state’s 15 community mental health centers, Moore delivered the news that 4,439 clients — called consumers in the mental health field — might lose access to case management, therapy and other programs they rely on for their health.

“How do you deal with the thought, ‘I might not have services’?” Moore asked during an interview with Oklahoma Gazette a week after the announcement directly connected to the state’s budget impasse.

That was when the fear and hopelessness began to set in.

“My first response as an executive director was to be transparent and share what I had learned about the cuts that were potentially coming,” Moore said. “But to also empower everybody to get involved, let their voices be heard and not sit back and let fear overcome us. Take action.”

If state lawmakers fail to restore funding to the state agency, more than half of Hope’s consumers would see a disruption in services. Last year, the south Oklahoma City agency served more than 8,300 clients, a number that has continued to grow in recent years as anywhere from 20 to 30 new consumers enter the offices daily.

The nearly 40-year-old agency would be largely reduced to a medication clinic that also offered a few federally funded mental health services. Consumers with private insurance and Medicare could still receive care, but the agency serves as the state’s second-largest center for treating mentally ill Oklahomans through state government funds. Those consumers would still get access to the Medication Clinic, but no other treatment. Best practice for treating many mental health conditions includes a combination of medication and therapy. With cuts in services comes a reduction in force. About 79 percent of the agency’s current staff, or 113 positions, would be eliminated.

Oklahomans armed with their own personal stories of experience with mental health arrived at the Capitol last week for the Oklahoma Behavioral Health Association’s Save Our Services rally. The rally came a day after Gov. Mary Fallin and Republican leaders put forth a plan to fill a $215 million budget hole with tax increases in areas of cigarettes, fuel and alcoholic beverages.

The Sooner State consistently records some of the highest numbers of mental illness in the nation. An estimated six out of 10 adults do not receive the care they need, according to The State of Mental Health in America, a report released by a national community-based mental health advocacy group. Further, a consequence of non-treatment includes the burden shifting to police stations, courtrooms, county detention centers and state prisons. People with untreated psychiatric illnesses are reported to spend twice as much time in jail as non-ill individuals, according to the Treatment Advocacy Center.

“We have got to get a handle on this,” Sharon Smith, whose son suffers from mental illness, told Oklahoma Gazette during the rally. “We need to be lifting people up with the treatment they need. You don’t expect that a member of your family will need these services. I didn’t. … We have to support one another.”

Five weeks after state lawmakers first returned to the Capitol for a special session and a state Supreme Court ruling on an unconstitutional cigarette “fee,” there was still no solution to the budget. In addition to the state’s mental health department, the Oklahoma Health Care Authority and the Department of Human Services were staring down deep budget holes. The state’s human services agency, which provides services to children, seniors and adults with developmental disabilities, stands to lose $69 million. 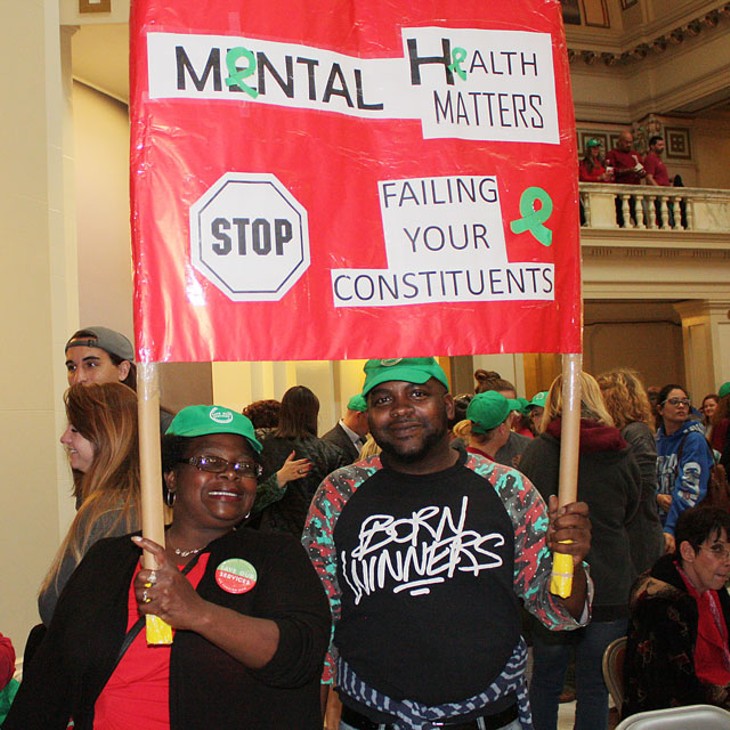 In recent years, as state leaders have battled an ongoing revenue crisis, mental health cuts trickled down to the local nonprofit mental health agencies partially funded by the state. At Hope, group therapy sessions grew in size. Additionally, preventive services were terminated and the agency experienced a provider rate cut.

For consumers, like Ericka Choate, the first sign of trouble came when the coffee station in the waiting area was removed.

“For mentally ill people, you need something to keep your hands busy while you wait,” Choate said. “I know it sounds silly, but we lost the coffee in the waiting room. That was a big deal for a lot of the consumers. They needed something. It was comforting.”

Since 1999, Choate and her family have received services at Hope through state funds. In 2001, her family was selected for a wraparound program provided by Hope that combined housing assistance, mental health treatment and wellness services. Choate recalled that their caseworker attended school with her son to helping him stay focused and engaged in learning.

“Hope helped me raise my son,” Choate said. “He was disabled as a child with mental health his issue. He graduated from high school and is now an outstanding citizen, all because of Hope.”

Choate feels for families across the state as they determine what to do and how to proceed without services. She firmly believes that the state’s failure to invest in mental health and substance abuse services will backfire. The outcome will be felt by child services, law enforcement and corrections.

“When there is talk about cuts in mental health, people tend to think therapy,” Moore said. “It is not always about therapy.”

Late last week, Hope mailed 227 letters notifying consumers that their rental assistance could be eliminated by Dec. 1. The agency maintains several state grants to providing housing for those who are both homeless and have a mental health condition. Without rental assistance, many Hope consumers could end up on the streets, in shelters or jails.

Similarly, the cuts call for eliminating funding for mental health and drug courts, which provide treatment options over incarceration for criminal defendants. Currently, Hope provides services to 85 consumers in the successful diversion program. If the programs were eliminated, all current participants would be sent to correctional facilities.

At Hope, Moore and her staff remain optimistic that elected leaders will reach a budget compromise and save outpatient services from termination. Moore’s plea to lawmakers goes beyond the current special session. Fearing a similar cut scenario could emerge as state leaders craft the 2018-19 fiscal year budget, she wants a permanent solution to the state’s ongoing revenue crisis.

“We are such an innovative and progressive state in what we provide by way of behavioral health and substance abuse. … We have shown we provide quality care services,” Moore said. “We are probably taking a 20-30-year step back without funding. That will take years to get back.”