Limp Wizurdz grapples with its roots while dealing with the reality of its present.

Limp Wizurdz is getting serious — sort of.

“It definitely did start off as a joke,” said guitarist Jeffrey Simmons, who founded the band with vocalist Taylor Young. “Taylor hates when I say this, but when we started the band, we were listening to Limp Bizkit.”

At this point in the interview, Young interrupted to clarify that he and Simmons, friends since daycare, began playing together at “13 or 14.” Young taught Simmons to play “Smoke on the Water.”

“We never thought it would go anywhere,” Simmons continued, “but then from that, it turned into, you know, all our friends would come to the shows, and then we kind of got the realization of, ‘OK, we can do something, here.’ Fast forward five, six, seven years or whatever, and now, when we try to put something out that we perceive as a serious release, we definitely still fight with that stigma of ‘Limp Wizurdz, the joke band.’”

Young thinks the band name might have something to do with it.

“Well, we spell ‘wizards’ wrong,” Young said. “A lot of people are like, ‘Well, you could change it,’ and we could, but it would be so disingenuous. Blink-182, that’s a silly band name. If they never got famous and they were still doing it seven years later, people would probably be like, ‘Blink-182, that’s a shitty band name.’ … If a band name is what makes you not like the music, then you should probably just maybe fuck off because there’s more important shit than a band name.”

Limp Wizurdz released its latest album, Circles, on Aug. 4. Simmons said Circles is the sound of the band members growing without forgetting their roots.

“As musicians, I think it’s at another level, but at the same time, we have songs like ‘Bad Milk’ and ‘Assbeater’ and ‘If One of Us Moves’ to where if you like that old-school punk rock, loud bullshit, we still cover that because we love to do it, and that’s honestly the funnest stuff to play live,” Simmons said. “But then you’ve got songs like ‘Circles’ and ‘SOHO’ and ‘Mr. Pockets’ where … I definitely get a sense of more maturity, and I welcome that. … You want to have some growth without distancing yourself from that initial crowd that liked you for what you were doing.”

Lyrically, Young said, the album reflects a changing worldview as the band moves deeper into adulthood.

“The theme is a little bit darker, a little bit more serious than anything we’ve done,” Young said. “I think it’s always been organic, though. I don’t think we ever did anything like 100 percent where it was premeditated. A lot of it was very organic and just kind of playing what we feel and how we feel and talking about what we’re going through in whatever moment we seem to be passing through.” 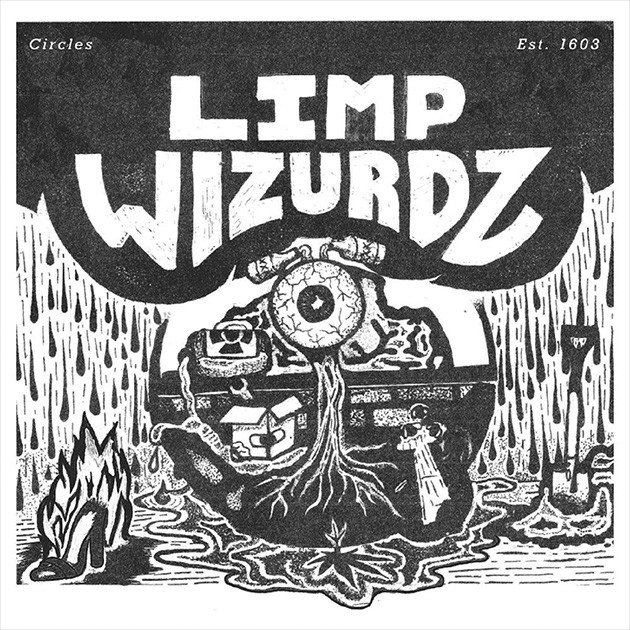 Simmons said the band worked hard to ensure that Circles is “an honest record.”

“It took us a long time and a whole lot of effort to make this record, and no matter what, we just kept striving for it,” Simmons said. “I feel like, musically, we really hammered it down. Lyrically, in the studio, that’s what took so long to get this record out, just trying to figure out exactly what we wanted to express, but once we got it done, I don’t think any of us were underwhelmed or disappointed. We’re all big fans of it.”

After years of playing together, Young said the band is comfortable being candid about its thoughts and opinions.

“At this point, if I can’t come up to them with a song about feeling however, then maybe I shouldn’t be in a band with them,” Young said. “I feel like we’re all at a point where if one of them came up with some sappy, really just kind of ridiculous song, I trust that they would admire me enough to show me it, but at the same time, I think we’re close enough where if something was totally just wack and it sucked, they wouldn’t take offense if I told them or if they told me.”

Kump, who previously only played bass on Limp Wizurdz records, said the band’s evolving sound is also the result of “incorporating the switcheroo” for some songs, with Young playing bass so Kump can play guitar.

“That was really a lot of fun for me, but it kind of, I think, challenged us all a little bit to fill different roles than maybe what we had had to fill up to this point,” Kump said.

“We had all the songs written kind of a long time ago, but lyrically and conceptually, we only had pieces of it,” Young said. “Johnny totally helped me out with some of the lyrics back and forth. So that was definitely different. … I’d be like, ‘Oh, here’s a verse, but I don’t like this line,’ and he’d be like, ‘Well, what if you did this?’ and then I’d be like, ‘Well, yeah, but what if I changed it?’ … I think on a couple of songs, like ‘Circles,’ I’ll just straight up give him credit on some of the lines. Sometimes he’d just write a line, and I’d be like, ‘Yeah, that’s good. I’m going to use that.’ … He’s a hell of a song builder.”

Though Circles represents a new phase for Limp Wizurdz in some ways, Simmons said the band is still about having a good time.

“I wouldn’t even say we’re trying to get past that because we fucking lean right into the fun, crazy aspect of it, but at the same time, hopefully, this record shows that also we can put out some serious jams that maybe actually mean something,” Simmons said. “It’s not just all a joke.”

Some aspects of getting older are just not very funny, Young added.

“In one interview, I think I explained [2017’s] Fugue State as being about young adulthood and journeying into the unknown of adulthood and kind of being optimistic about it, like, ‘Wow! It’s going to be crazy. We’re gonna look back and — whatever, all this shit,’” Young said. “I think this album for me is lyrically kind of centered on the same idea of the unknown, but now it’s like we’re 24, 25 and you kind of realize the unknown isn’t always whimsical and you won’t always have that wanderlust. Sometimes the unknown is really mundane and it fucking sucks and you want out of it but you can’t because it’s life. You just gotta deal with it.”