Justin Timberlake brings his Man of the Woods Tour to OKC. 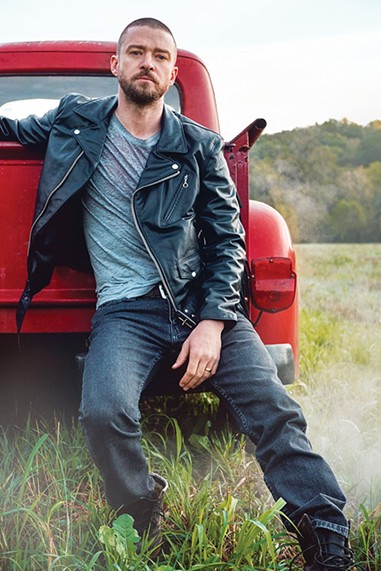 The show comes just weeks after the release of Timberlake’s first book, Hindsight & All the Things I Can’t See in Front of Me, described by the publisher as “a peek into Timberlake’s creative process through an intimate collection of images from his personal archives that range from childhood to present day.”

Being in the limelight for two decades might well spur some “hindsight,” but despite softer sales for Timberlake’s Man of the Woods than his previous albums, local DJ Ryan Drake said Timberlake still has the skills to bring sexy back.

“I consider Justin Timberlake to be one of my five favorite artists of all time, so that’s the preface that I’m approaching all of this with, but I thought … Man of the Woods didn’t click,” he said. “It was a No. 1 album, so it’s hard to say it flopped, but it wasn’t quite Timberlake level.”

The year 2018 might have been the first time Timberlake didn’t find himself with the benefit of the doubt — backlash following his Super Bowl performance rehashed the “wardrobe malfunction” with Janet Jackson and the lack of negative effects visited on Timberlake at the time; also, the use of archival footage of Prince for a posthumous duet was criticized by some who believed it would have been against the late singer’s wishes. Furthermore, the Man of the Woods aesthetic and promotions were criticized, with a BBC article last year asking “What’s behind the Justin Timberlake backlash?”

“He’s spectacularly misjudged this comeback in a lot of different ways,” Laura Snapes, deputy music editor at The Guardian, said in that BBC article, criticizing the launch trailer for Man of the Woods, featuring Timberlake strolling through a cornfield among other outdoorsy imagery, as a “mistake.”

“It seemed like a very convenient thing to go for in Trump’s America — to abandon the signifiers of black music you’ve carried with you throughout your career,” Snapes said.

Promotional material suggested that “this new material explores storytelling inspired by his son, his wife and his personal journey from Memphis to where he is today.”

“Say Something,” featuring Chris Stapleton, was a highlight of the Man of the Woods album, hitting No. 9 on the Billboard top 100 and gaining a Grammy nomination for best pop duo/group performance.

And in some ways, Timberlake has always been a little bit country. Long before teaming with Stapleton for a performance of “Tennessee Whiskey” at the 2015 CMAs, at age 11, he crooned Alan Jackson and Garth Brooks hits as a contestant on Star Search. Artists from Sting to Darius Rucker have extended their runway with a country pivot, so what stopped Man of the Woods?

Peter Robinson, editor of PopJustice, said in part, Man of the Woods suffered from poor timing.

“There really hasn’t been a worse time in pop history for someone to expect widespread applause for delivering a mediocre celebration of supposed manliness,” Robinson told the BBC.

While agreeing that Woods was a bit of a misstep, Drake doesn’t think Timberlake needs a wholesale reinvention.

Timberlake has been in the public eye for more than two decades and has already achieved success outside the reach of most pop stars, Drake said. Drake frequently plays Timberlake hits as well as hits from the pop star’s former band *NSYNC at his monthly ’90s-2000s-themed parties at 51st St. Speakeasy, 1114 NW 51st St.

Drake points out that in addition to being one of the biggest pop stars of the past two decades, Timberlake has been in critically acclaimed films like The Social Network and has won four Emmys for his appearances on Saturday Night Live (SNL).

“He’s been in the public eye for so long, and you’ve seen so many people that that’s messed them up … and for the most part, he’s been killing it for 20 years now,” Drake said.

But even comparing Timberlake to classic acts like The Rolling Stones, Drake said, “They didn’t make albums that were 100 percent great 100 percent of the time.”

“One thing he’s really good at is surrounding himself with people who know what they are doing,” said Drake, who pointed to other artists who continued to top charts later in their careers. “There are a lot of acts out there, like Cher comes to mind, who was in her 50s when Believe came out in ’99. I think he’s definitely got two or three records left in him.”

Timberlake recently rescheduled several dates due to bruised vocal chords, but his tour has been successful, with Billboard reporting it as the sixth top-grossing tour of 2018, topping U2 and The Rolling Stones. (The top five: Ed Sheeran, Taylor Swift, Beyoncé and Jay-Z, Bruno Mars and Pink.)

“I’ve looked at some of the setlists for this tour, and he’s still playing some of the new stuff, but he’s still playing the classic stuff that people remember him from,” Drake said. “When you’re going on tour and you know the classics and you can play them, I think that’s the path that he’s on right now, and he’s doing a good job of that. And he could continue to do that for the next 40 years.”