Writer of the Quarantine: Jeff Provine

Jeff Provine loves to tell a tale. He's usually out leading ghost tours in OKC and Norman, but these days, it's writing at home. His works collecting local spooky stories include Haunted Norman, Campus Ghosts of Norman, Haunted Oklahoma City, and Haunted Guthrie, and he is co-host on the Tales Unveiled podcast. 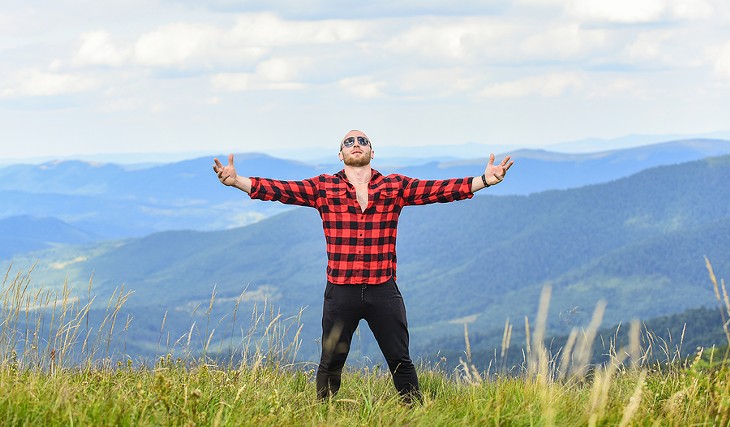 It wasn’t bad at first. Work was slow; they even sent him home three days out of five. He finally got to stream that show with the lady doing stand-up comedy. There was more to watch, always more, and he stared at his phone just as much to see what other people were doing. They were baking bread and making videos and mostly joking about how bored they were.

He tried to take walks, but there wasn’t anywhere to go. The neighbors stared at him. Then he’d go to a store for essential things like a new set of flowers for the front and another case of drinks once the last one ran out.

Days folded into each other until he wasn’t sure which one it was anymore. The walls seemed closer together every morning. His back was sore from sitting on the couch too much. He couldn’t sleep at night.

“Enough is enough!” He marched out of the house.

People were in parking lots with signs and guns, demanding to get back to normalcy. That’s what he wanted. His hair was so shaggy that it stuck out around the edge of his hat. His legs were sore, and his jeans pulled tight around his belly. He needed a night to eat a meal that wasn’t on his own coffee table.

“Not yet!” is what people told him.

Oh, he knew his rights. What was this police state doing arresting people out of their cars? He had to fight back. They were closing in.

But they couldn’t make him stay put just like they couldn’t use a blacklight to check if he washed his hands. His tax dollars had paid for that swing in the city park; they couldn’t keep him off it. If they were letting one person in the store, they would have to let him, too. Nobody was coming near him with any thermometer! When they said he had to wear a mask, he told them all he knew of the Constitution as loudly as he could.

“Don’t try to move,” the nurses told him.

The hospital bed confined him now more than ever. Tubes and wires held him down by the throat, by the chest, by the arms. He didn’t ever know what time it was.

The walls of the ICU room were so close. He imagined he could touch them if he reached past the edge of the bed. He didn’t want to move with the IV needle stuck in his hand. When he tried to squint to be sure how tight the walls were, all the light moved in fuzzy waves.

His chest hurt while his body fought the virus. The air the beeping machines forced into him was so cold. Did it have to be that cold?

“Breathe,” is what they told him. “Just try your best to breathe, and maybe you’ll make it through.”