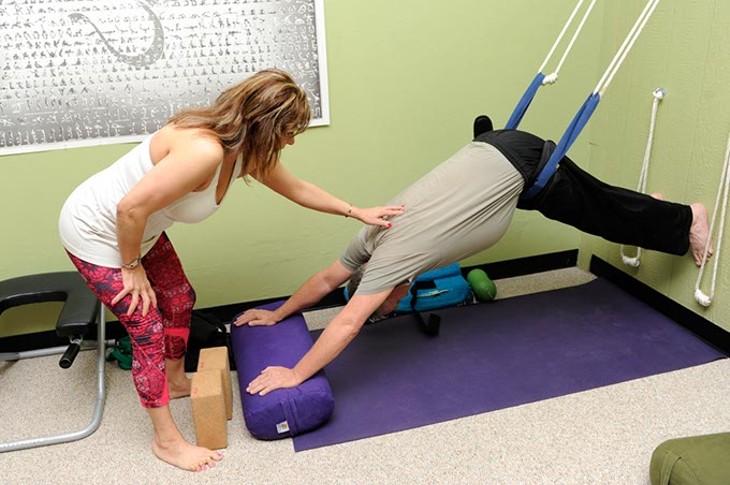 Since May 2009, Sara Alavi has used her yoga studio, Yoga Home of Therapeutics, to bring healing into the lives of everyday citizens. Now, she uses yoga to help treat veterans with PTSD through a pilot program at the Veterans Affairs (VA) hospital. The program has had such a positive response that the VA decided to extend the Yoga for Vets program through the end of 2015.

Beyond the setup of the room, Alavi said the VA pays for the travel of the vets to ride to classes and purchased specialized thicker mats for all the vets participating, which helps with modified poses.

“Obviously, many veterans have injuries and joint issues that I need to be sensitive to when teaching. The fact that the VA was so excited to have me come in and teach yoga was also very encouraging. This is certainly more unconventional than other forms or traditional therapy, but I strongly believe that yoga is powerful in its healing benefits,” Alavi said.

Alavi experienced the benefits of yoga for herself when she was diagnosed with multiple sclerosis (MS) in 1996. After going fully blind in her left eye, Alavi sought alternative measures to treat her symptoms, and with no medication, she has managed the symptoms of MS. She attributes this greatly to her devotion to practicing yoga. She became passionate about her relationship with yoga and decided to become certified to teach it in 1999. 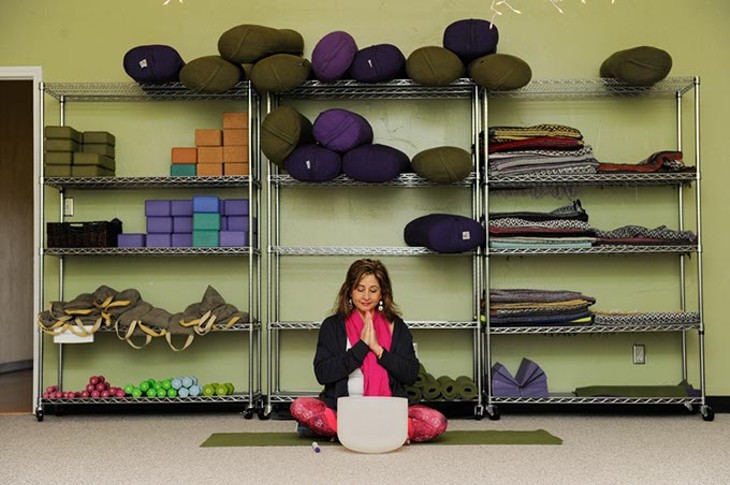 The veterans program is designed around meditation, breathing techniques, self-affirmations and poses that are beginner-friendly. It is not set up to make a participant sweat but rather to ease into being present in the moment and finding a way to release emotional weight that person might carry round. In different poses, Alavi encourages her students to say, “I am strong,” “I am powerful” or “Nothing will get in my way.”

“Regardless of what they’re saying though, the fact that they choose to participate in yoga is a huge step on their quest to find personal healing,” she said.

Alavi is teaching at no charge, and after the initial eight-week program is complete at the VA, she also will offer the same program at her studio.

“These vets have made a lot of sacrifices, and the lasting side effects of PTSD can be quite traumatic. If we are able to help provide them some healing, it can help assimilate them back into society more easily,” she said. 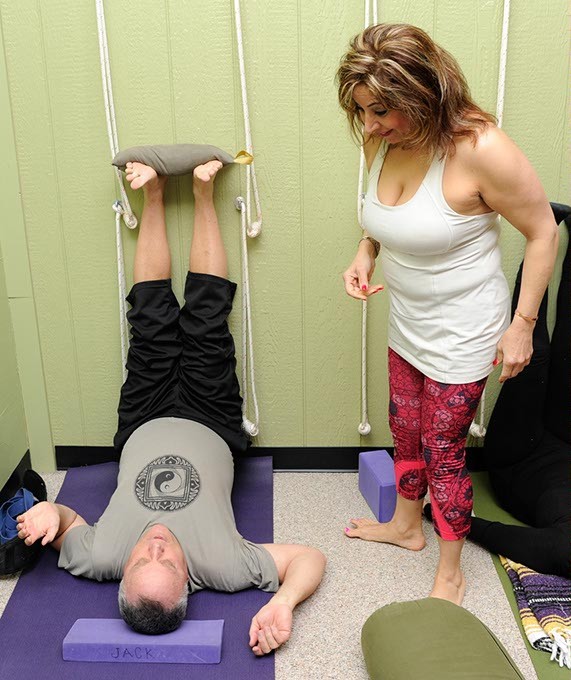 A study conducted by Yale University found that a majority of homeless Iraq and Afghanistan vets have PTSD. Another study by the Center for Military Health Policy Research states that vets with untreated PTSD are at a higher risk of attempting suicide and have a higher rate of unhealthy behavior like smoking, overeating and practicing unsafe sex. Those who experience these conditions tend to miss work more and report being less productive, according to the report.

Alavi believes that yoga can have positive effects on anyone who chooses to practice. Through her belief in yoga, she has created a program that is helping many vets ease into the moment and find their Zen.

For more information on the studio and classes offered visit, yogaokc.net.