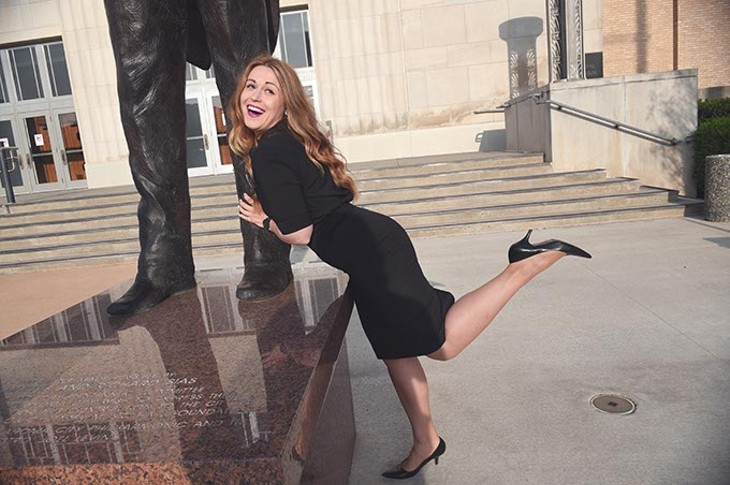 One of the downsides of the rapid growth our city has experienced over the past several years is the anonymity that comes from being new in a city or being surrounded by new faces.

The circles in which we meet people are typically few — work, school, faith communities or lifestyle activities — and except for the latter, the circles do not guarantee common interests or even similar ages.

Three professional organizations dedicated to the arts are helping negate this phenomenon by connecting Oklahomans with their neighbors around shared interests and similar ages.

Oklahoma City Philharmonic, Oklahoma City Museum of Art and Oklahoma City Ballet all have young professional groups that make space in their lives for networking, socializing and developing relationships around a passion for the arts.

The newest of these organizations calls itself Moderns, and it’s made up of patrons of the Oklahoma City Museum of Art, 415 Couch Drive.

The group has grown extraordinarily fast. It formed in July 2014 and has already reached 230 members. Kate Cunningham, an account executive at Saxum PR and a member of Moderns’ steering committee, said membership in the group includes behind-the-scenes access and more.

“Getting involved with the Moderns gives young professionals access to world-class art and VIP learning opportunities as well as the chance to network with fellow Moderns and other museum members,” Cunningham said.

The theme of networking runs throughout all three groups, especially networking around members’ passion in particular forms of art.

Tori Raines is also a member of Moderns, and the architectural historian acknowledges a love for the arts, even as she is not an artist herself. She calls herself “art-adjacent” and supports the group and the city.

“There’s a sense of ownership and responsibility among young people to help educate the community about the exciting arts and culture happenings within OKC and beyond,” Raines said. “I love that groups like this one are springing up all over the city.” 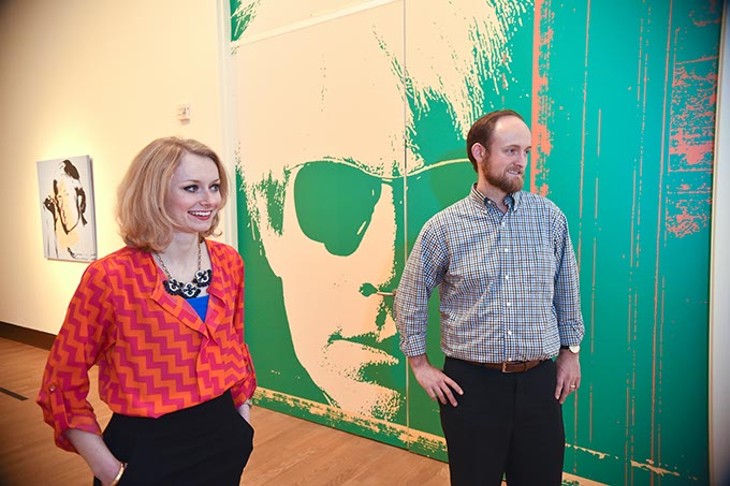 What art does for a city — other than making it more interesting — might be hard to quantify, but Raines believes that it helps make a city more beautiful to experience and attracts other young, creative professionals.

“I see the arts and the flourishing young professionals scene as absolutely one of the reasons the city continues to attract young, vibrant, creative professionals who will only continue to help improve OKC with their presence and their ideas,” she said.

Cynthia Nichols, a member of The Barre, the young professionals group associated with Oklahoma City Ballet, said young patrons also are important for the future of the arts.

“Getting young people engaged in the arts is also about fundraising,” Nichols said. “We get the community involved and engaged, and they sustain interest and support in the future.”

Nichols, a graphic design professor at Oklahoma State University, moved to the metro from Alabama after completing her Ph.D. She has also found the young professionals group to be a good way to meet new people and develop relationships around her love for ballet.

“I think ballet is an abstract idea for most people; they think of it as something they don’t want to attend, so we have parties and events that make it easier to experience the ballet,” Nichols said. “The group can help get people interested in ballet again.”

Membership with The Barre includes tickets to three of the four shows every season, excluding only The Nutcracker.

However, because of its support, Oklahoma City Ballet invited The Barre to attend the final dress rehearsal of The Nutcracker last year, meaning members of the group were among the first to see the stunning new sets that were purchased with help from Devon Energy.

Ballet requires experiencing it to understand the unique storytelling power of dance and costumes, sets and expressive faces.

Jessi Chapman attended the ballet regularly as a child because her mother liked it.

Last year, she and her boyfriend attended the season-opening party at The Caliber in Automobile Alley. They both joined The Barre as a result of the party, and Chapman has rediscovered her love for ballet.

“It was the people that made the difference,” she said. “Not only did we have a shared interest, they were all so kind and welcoming.” 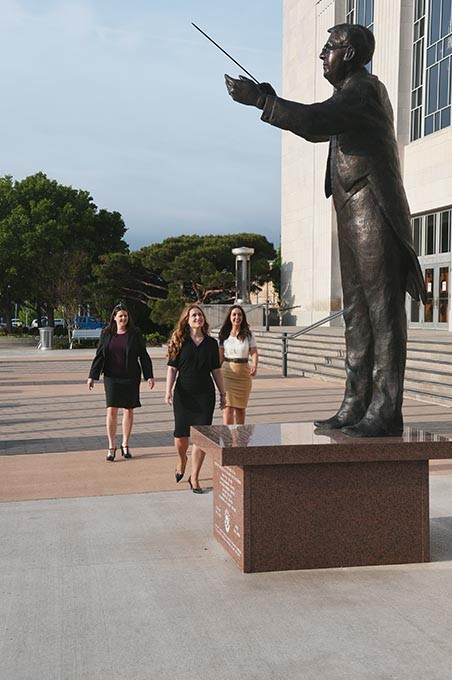 Chapman is a junior at the University of Central Oklahoma majoring in fine art photography. She represents an important demographic target of young professionals groups because of her age and interests and because she is a future contributor to the arts community.

Like Chapman, many of us experience the arts very early in life, and at some point, perhaps we put down crayons or colored pencils and we never make the transition from The Nutcracker to “grown-up” ballet or modern dance.

The young professional groups provide a segue from our forgotten artistic yearnings and clumsy first attempts to a newfound appreciation for the beauty and power of art as adults.

The Philharmonic might have the most difficult task of all, as appreciating music for music’s sake is far less visual and attention-grabbing than dance or architectural tours.

Overture is the Philharmonic’s young professionals group, and members have the option to purchase up to five “party packages” every season.

The tickets admit members of Overture to an after-party that follows every performance.

Jenni Fosbenner is a senior tax manager and a member of the board of Overture, and she said the group has a unique approach for the concerts: Members all sit together in one section of Civic Center Music Hall. The shared experience happens side by side, so the group gets to know each other very well. After the show, members typically attend themed after-parties. And while the networking is important, Fosbenner believes the arts make for a better city and better residents.

“I think the arts are such a vital part of developing people into well-rounded individuals,” Fosbenner said. “They also open our minds and allow us to think about things. To have a great city, the city needs to have entertainment available to its citizens that stimulates all of the senses, and the arts do just that.”