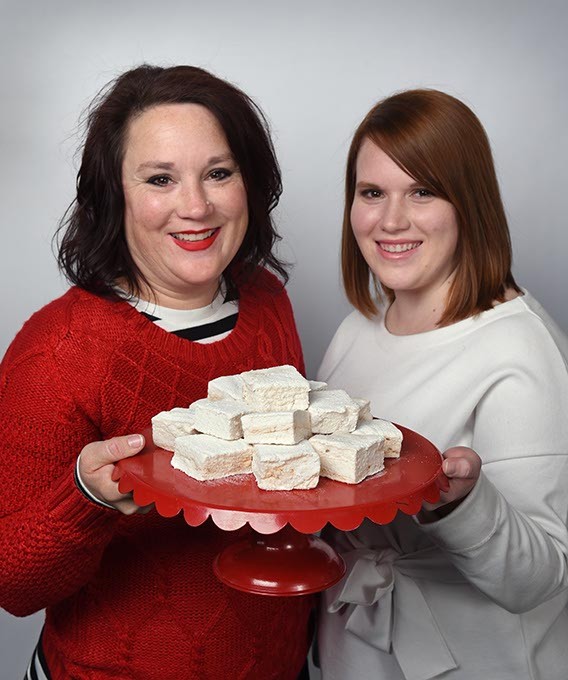 Editor’s note: You’ve been served is an occasional feature spotlighting chefs, bartenders and others involved in making and serving food in Oklahoma City.

When Melissa and Katie Morgan had the idea for Katiebug’s Shaved Ice and Hot Chocolate, everyone told them not to do it.

“Everyone told us we were crazy,” Melissa said.

The trailer they had bought was missing an end and they didn’t have recipes or experience, said Katie. But she and her mother were determined, and after a year and a half, the business has been so successful that they’ve purchased a second trailer to cover twice as many events.

The origin story of Katiebug’s is ever-evolving. They’d always wanted a family business, and Katie, fresh from college, wanted a job. Melissa, a stay-at-home mom, was passionate about food trucks. They were at a soccer practice when they saw a sno-cone stand and decided to give it a try.

Within a week, Katie said, they had bought the trailer.

It should have been a disaster. Even now, they’re a bit baffled by their success. A trailer that just sells high-end, organic, vegan, GMO-free sno-cones in Oklahoma City? Madness.

But madness is contagious, it seems, because Katie and Melissa’s seemingly niche product has inspired fans who drive an hour or more for sno-cones with homemade syrups of blackberry and basil and lavender lemonade.

After opening in the middle of summer 2014, they saw a surge of interest and wondered what they could do to stay open when temperatures dipped.

Their rich, creamy hot chocolate — best with their homemade, artisan marshmallows — proved to be the right track. The key, Melissa said, is refusing to compromise. 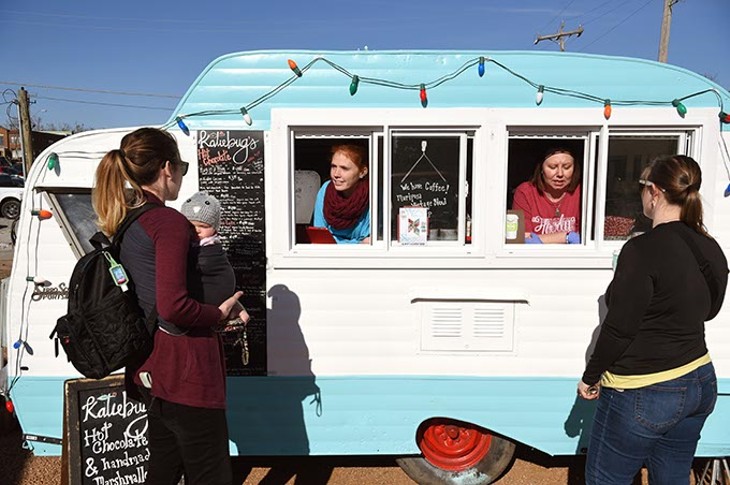 Not everyone is looking for products that check off so many boxes on the allergen or restricted diet lists, she said, but plenty of people are looking for at least one of those things. And even if customers don’t care about vegan or organic ingredients, everything still tastes so good.

That’s not to say that it has been nonstop success. Last summer, the truck instituted a Fearless Friday with some really crazy flavors — akin to the 5th Amendment taco at Big Truck Tacos — and a few were real flops.

“Beet did not go over well,” Katie said.

But Melissa said the ability to go off-book is what makes the otherwise tedious job of making shaved ice and hot chocolate fun.

“The weird flavors are just who we are,” she said. “It fills a need in me to do something creative.”

Much like veteran musicians get sick of playing the same songs over and over again, so too do the Morgans get tired of making yet another strawberry-lemonade shaved ice.

With winter in full gear, the trucks are back to selling varieties of hot chocolate and marshmallows, which contain no corn syrup, are kosher and use grass-fed gelatin. And Melissa said the workload is insane.

To keep up with hot chocolate and marshmallow prep, she worked from 6 a.m. Monday morning to midnight on Wednesday, only taking breaks to sleep. Meanwhile, both trucks are still going to events across the city, which means no one is getting much rest.

But if the Morgan family is exhausted, it is also happy.

“We’re hard workers,” Katie said. “And we get to work together. You can’t be trapped all day in a 6-by-10 trailer with someone if you don’t get along.”

As unconventional as it is, work is also family time for the owners of Katiebug’s. Now they just need another crazy idea that everyone tells them not to do.

Learn more about Katiebug’s Shaved Ice and Hot Chocolate at facebook.com/katiebugsshavedice, on Twitter at @katiebugsokc or by calling 397-4812.

Katiebug’s is very proud of its hot chocolate, though it isn’t vegan. A mixture of a drinking chocolate and a cocoa, the product contains sustainably sourced chocolate and hormone and antibiotic-free milk.

“We don’t serve anything we wouldn’t make for ourselves,” Katie Morgan said.