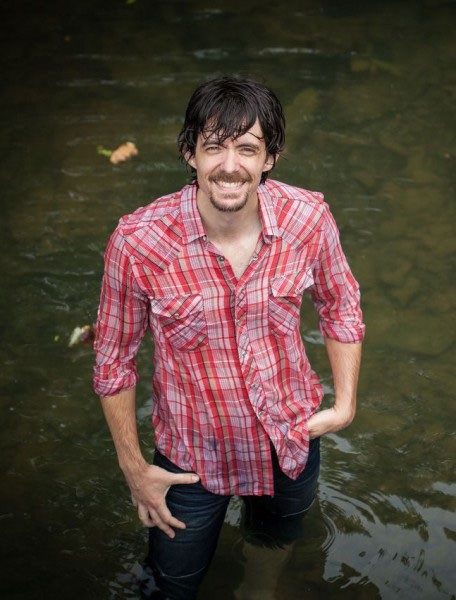 Zane Williams came from an unlikely background as far as country music musicians are concerned. The McKinney, Texas-based singer-songwriter is the son of college professors and was himself a math major at Abilene Christian University (ACU), the Church of Christ-affiliated university in Abilene, Texas.

“I grew up in a big Church of Christ-shaped bubble,” Williams said. “I went to ACU, and like many young people, I had no idea what I really wanted to do. My mom encouraged a math degree because she said it would always be useful, both for a job or grad school, and I liked it because I was good at it.”

The Williams family was not musical to the point that when Zane announced he wanted to pursue a music career, they were shocked.

“They didn’t discourage me, though,” Williams said. “They just wanted to make sure I got my degree first.”

Since he was in his senior year at ACU when he decided to pursue music, Williams did not have long to wait to finish that degree. After graduation, he moved to Nashville, and after nine years of trying to make a living in the music industry, he arrived at a personal crisis of sorts.

“I had made a decent living as a songwriter and singer, but I did not have a major label deal, and big names were not recording my songs,” he said. “I wanted to start a family, and so I decided to return to Texas and maybe quit music.”

His wife’s family lives in the McKinney area, so the couple settled there. Williams said he was unfamiliar with the Texas music scene, but he immediately fell in love with the region, including Oklahoma.

“I felt a connection for the first time,” he said. “I loved the Wormy Dog, and I loved all the honky-tonks in Oklahoma and Texas. Mainly, I loved that an artist can tour regionally, make a name for himself, make a living and do all of it without a major label deal.”

Williams tours with a full band now, and it is a working band. It plays nearly every Friday and Saturday night throughout the year, and Williams said it plays about half of the Thursday nights, too. The band is touring in support of its newest album, Texas Like That.

The album features Williams’ signature songwriting, which is positive, upbeat and celebratory. He is probably best known for songwriting. He won The John Lennon Songwriting Contest — and $20,000 — in 2005 for “Hurry Home,” a song about a father reconnecting with his runaway teenage daughter.

“I write from themes within my own life,” Williams said. “The music is positive because my well is full. I already know life is hard, so the music helps me along.”

In fact, Williams became a songwriter because he was in love — he said the writing comes naturally, too. He bought his first guitar at 17, when his only experience of music was singing in church. It was also the year he got his first girlfriend.

Williams combines those positive themes with classic country instrumentation — fiddle, guitar, banjo, mandolin, drums — and delivers upbeat, feel-good, wide-open country. The music reflects the balance he has found in his life; he’s free to tour regionally, pursue a satisfying career in music and be surrounded by friends and family.